Today we woke up earlier and got ready for church. We went to the Soldotna ward. One of the Bishopric was Craig Wilcox who lived in Lehi and went to school with me until 9th grade. We went to both meetings, as today was the WW leadership meeting, so they only had Sacrament and PH/RS meetings.

After church we change clothes in the parking lot and started driving towards Homer. Homer is at the tip of the peninsula and about a 2 hour drive from Soldotna. For lunch we stopped along the Kenai river. When we arrived in Homer we first stopped at the Pratt Museum and spent about 1 hour there. This museum showed the history of the Homer area and contained a lot about the fishing industries. 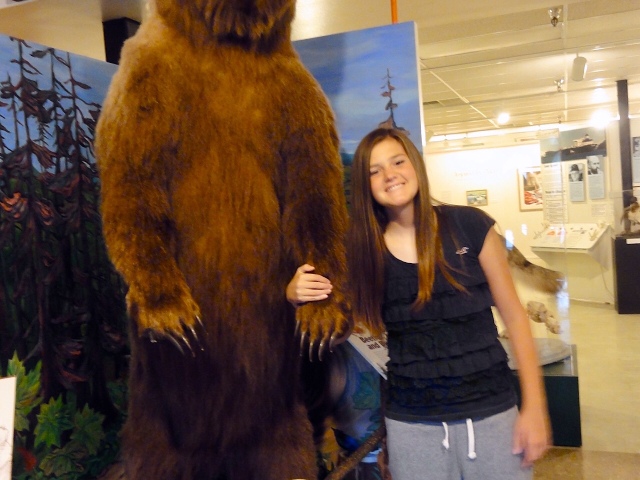 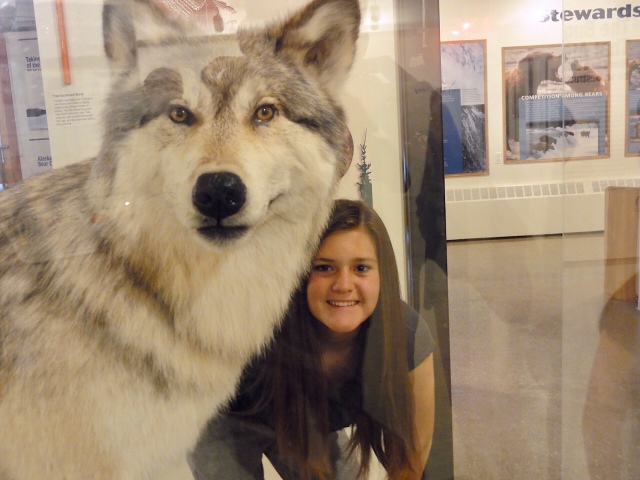 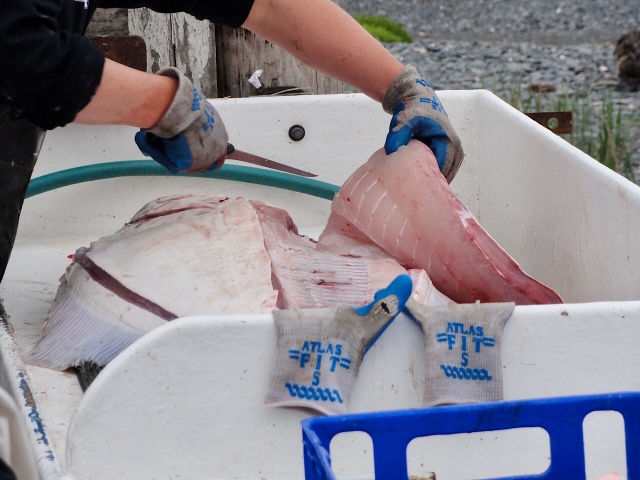 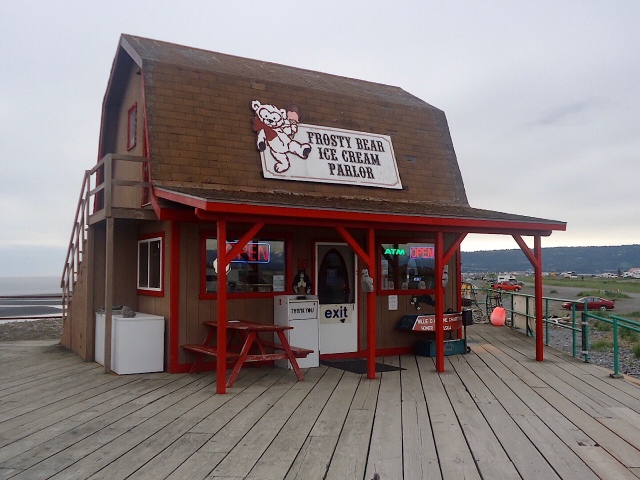 Last night it rained for most of the night, but it stopped by the time we woke up. It seemed like it was light all night long. After breakfast we walked to a few more shops. While we were driving off the spit we saw a bald eagle perched just off the road. We left Homer about 11:00 am. We drove to Soldotna and stopped at Fred Meyers to get $150 of gas and some groceries. We then continued on to Seward, with a stop for lunch at a rest stop just past Cooper’s Landing.

We arrived in Seward just after 5:00 pm. We camped at the city campground on the waterfront. It was a very nice camping spot. After setting up camp we walked to the Alaska Sea Life Center. The center was built with money paid to the state of Alaska from the Exxon Valdez oil spill several years before. As we traveled around the state, there were many project that were funded by money from that settlement. The Sea Life Center was pretty good tour. They had a special program were the trainer came out and talked about the sea life. 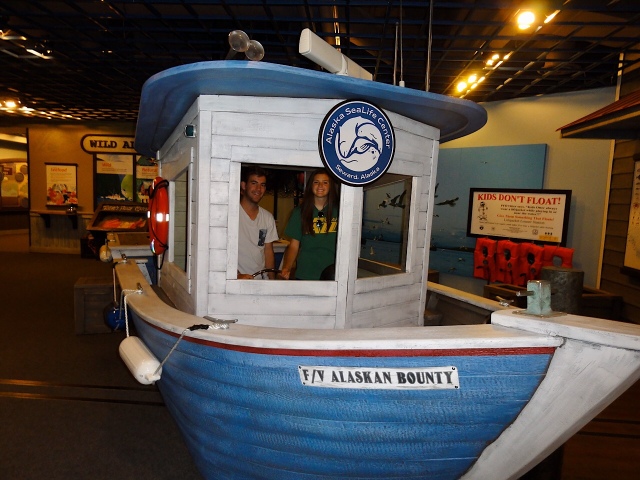 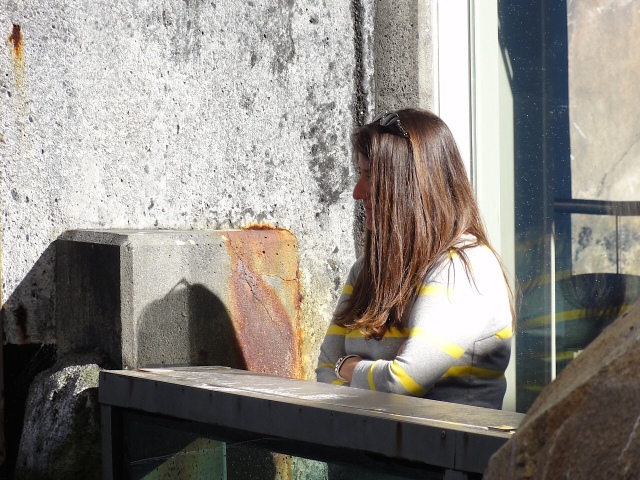 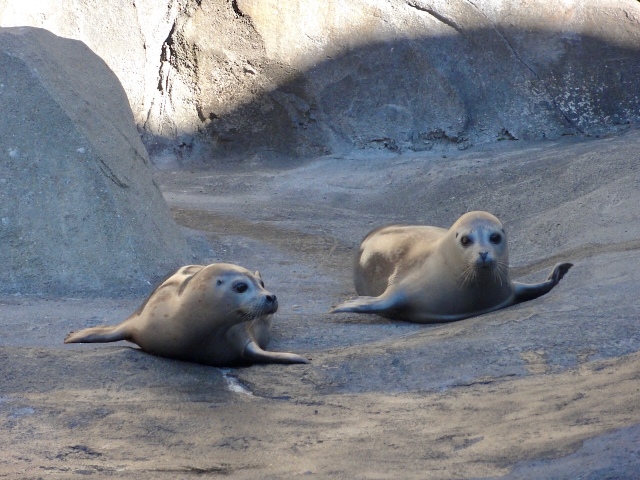