We got up and ate breakfast and cleaned up. We left the campground around 9 am. It was a 40 minute drive to Homewood Resort, on the west shore of the lake, where the Adventure Van Expo is held. This is an event where they have a lot of vendors displaying their equipment and campervan conversions. There were about 100 vans on display, but most were built by professional builders. 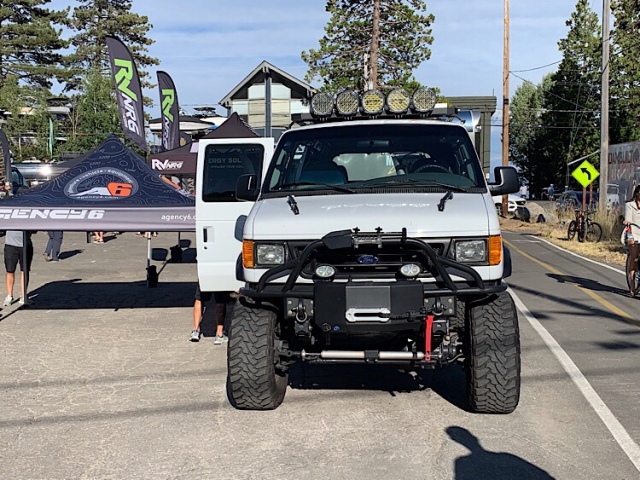 They also had a DYI van build contest. We entered our van, so for much of the day we stayed at the van and answered questions from the people that were browsing the area. We were just about not in the contest. The guy in charge thought it was built by a professional company. Eva had to catch him and tell him that we built it from scratch. 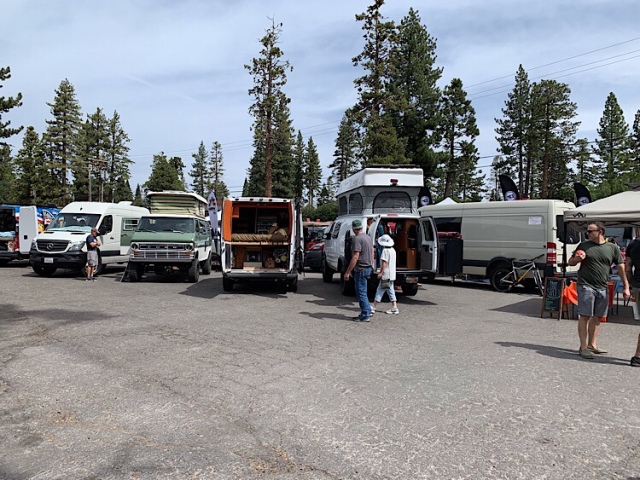 It took about an hour for the judges to come by, and then it was another hour before they announce the winners. We won the grand prize for the best finished van. The grand prize was an expedition kit from Aluminess. This is a shovel and ax kit with a mount and lock that mounts to the back of the van. It was something that I wanted to buy, but it costs $275 so I was not planning to buy it. So we were pretty glad that we won. I also won a Pantagonia puff jacket, a thermal cup and a couple of tee-shirts. Our van was well above the other vans on the contest so we would have been disappointed if we did not win.

We were at the expo until about 6 pm. They had some free food, so we ate dinner there. On the way back to camp we stopped at Inspiration Point to overlook Emerald Bay on Lake Tahoe. On the way to Homewood in the morning the road was very crowded and all the parking areas were over-filled. Coming back in the evening there was a lot more space to park. 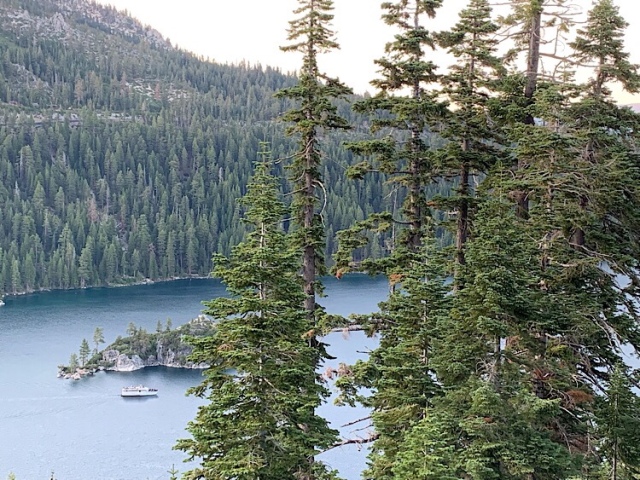 Back at camp we rested and talked the rest of the evening.